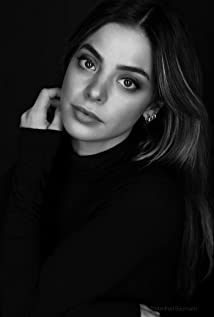 Gina Cristine "Gia" Mantegna (born April 17, 1990) is an American actress. She is known for her role as Devin Levin on American sitcom The Middle.Mantegna was born Gina Cristine Mantegna in Manhattan, New York, and raised in Los Angeles, California, the daughter of Arlene, who owns the restaurant "Taste Chicago" in Burbank, California, and actor Joe Mantegna. While growing up she was a trained gymnast and ballerina. She plays piano and saxophone and is a skilled singer.Mantegna made her acting debut at age 13 in the 2003 film Uncle Nino, alongside Anne Archer, Trevor Morgan and her father, Joe Mantegna. She later appeared in 13 Going on 30. In 2006, Mantegna portrayed the character of Grace Conrad in Warner Brothers' winter feature, Unaccompanied Minors. She was cast as one of the main roles in an American television pilot show Murder Book for Fox. She starred in The Neighbor alongside Matthew Modine, Michele Laroque and Ed Quinn.She turned 18 in 2008, and decided to change her professional given name to Gia.In 2008, Mantegna made a guest appearance in the Season 3 episode, for television show Criminal Minds, in which her father stars, wherein she portrayed an abducted teen named Lindsey Vaughn, who witnesses her best friend's death. She also appeared on The Secret Life of the American Teenager in a recurring role as Patty Mary.In 2010, Mantegna starred in the independent feature And Soon the Darkness. She also appeared in the TeenNick television series Gigantic.On December 9, 2010, Mantegna was announced as the 2011 Miss Golden Globe for the 68th Annual Golden Globe Award Ceremony.In 2011, Mantegna starred in the found footage feature Apartment 143 and in the independent romantic comedy, Getting That Girl. In addition to film roles, she plays recurring characters on The Middle and Under the Dome.In 2017, Mantegna reprised her Criminal Minds guest starring role "Lindsey Vaughn", now operating as a drug cartel hit woman.

And Soon the Darkness