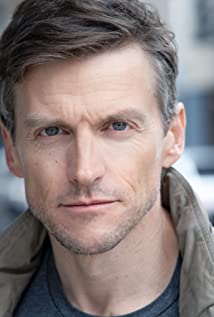 An award-winning actor best known for his role as the eloquent Deucalion on 3 seasons of cult hit Teen Wolf (2011) and his namesake Gideon in Call of Duty: Advanced Warfare (2014), Emery was raised in both England and South Africa. While a student, he was discovered by lauded stage actor Bill Flynn and began performing voice-overs in between his studies.Although often cast as a villain on screen, Emery gained exposure as one of the core performers on Not Quite Friday Night (1995), an SNL-type sketch comedy show, which profiled his natural ability for characters and accents. He went on to appear in Heel Against the Head, once again alongside veteran Bill Flynn and preeminent South African playwright, Paul Slabolepszy, winning the national Vita Award for Comedy; the local equivalent of the Tony awards. Emery is also a singer: he was a member of South Africa's premiere a-capella group Not The Midnight Mass, and has also released a jazz standards album, Standard Ease.Emery has played a range of memorable characters on screen. He has recurred on Daredevil (2015), Good Behavior (2016), Scream: The TV Series (2015), Teen Wolf (2011), Shameless (2011), and Last Resort (2012). He also won multiple best actor awards for his harrowing portrayal of Richard Pine in the Stephen King short Survivor Type (2012). When not on camera, Emery is also an in-demand motion capture actor for such projects as Middle-Earth: Shadow of War (2017), Halo Wars 2 (2017) and Wolfenstein: The Old Blood (2015), as well as a recognizable voice in many video games, including Destiny 2 (2017), World of Warcraft: Legion (2016), Dragon Age II (2011) and Final Fantasy XII (2006).