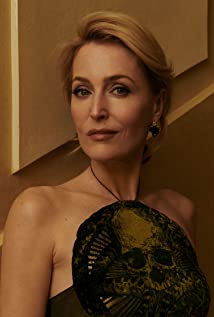 Gillian Anderson was born in Chicago, Illinois, to Rosemary Alyce (Lane), a computer analyst, and Homer Edward Anderson III, who owned a film post-production company. Gillian started her career as a member of an amateur actor group while at high school. In 1987, her love of the theatre took her to the National Theatre of Great Britain Summer Acting Programme held at Cornell University in Ithaca, New York. For several weeks she studied under such NT greats as Peter Chelsom, Bardy Thomas, and Michael Joyce. Afterwards, Anderson returned to the Goodman Theatre School at DePaul University in Chicago, Illinois where she finished her education. Her big break came with The X-Files (1993) (with David Duchovny) as Dana Scully. There, she met her future husband (Clyde Klotz), marrying on January 1st 1994. One month later, Gillian was pregnant. Her daughter, Piper Anderson-Klotz, was born on the 25th September 1994. Her film career started with the movie The Turning (1992) in 1997 and, the following year, she starred in Playing by Heart (1998) with Sean Connery, Ellen Burstyn, Angelina Jolie and Dennis Quaid.

National Theatre Live: All About Eve