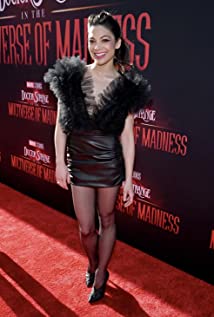 Ginger is an improviser, actor, writer, and director.In television, Ginger is best known for her role as "Christy" on the Duplass Brothers' critical darling Togetherness (2015) on HBO, "Maggie" on Showtime's Dramedy I'm Dying Up Here (2017), Peggy of FX's Legit (2013), and "Lorena" on Hulu's drama Chance (2016) opposite Hugh Laurie and Ethan Suplee. Ginger was also the lead of ABC's Mixology (2013), and a regular on TBS's Wrecked (2016), as well as the host of Hulu's comedic daily pop culture recap show The Morning After (2011), for which she also wrote. Other television credits include her recurring roles on Mindy Kalling's NBC comedy Champions (2018), Tad Quill's Jane Lynch comedy Angel from Hell (2016) for CBS, NBC's Trial & Error (2017), Comedy Central's Key and Peele (2012), and Freeform's Alone Together (2018). She was seen opposite Jim Carrey in the Michel Gondry directed Showtime series Kidding (2018).Ginger's film debut was in Seth MacFarlane's popular 2012 comedy Ted (2012). She can also be seen Demetri Martin's comedy drama and Tribeca Film Festival Winner Dean (2016) (opposite Demetri Martin and Gillian Jacobs), as well as the Henry Phillips' Punching the Clown (2009) (opposite J.K Simmons and Jim Jefferies). She made her directorial debut with the short film Your Day (2017) starring herself and Jason Ritter, which she also wrote.Ginger also sings and received B.A in Political Science/International Relations and a minor in Chinese from UC Santa Barbara before training at The Groundings and Second City Theaters.