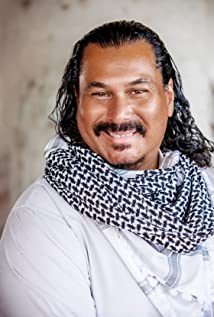 Gino Montesinos is a Los Angeles-based professional actor active in all media: film, television, Equity theater, commercials, and voice-overs. He started his career as a youth in the theater and has been privileged to star at such premiere American stages as The Ensemble Theatre Company of Santa Barbara at The New Vic, The Pasadena Playhouse, The Mark Taper Forum, Lincoln Center, The Public Theater, San Diego Rep, The John Anson Ford Amphitheatre, Glendale Centre Theatre, Circle Rep Lab, and The American Repertory Theatre. Internationally he has also starred in major theatrical productions in Italy, the Dominican Republic and Mexico working in Italian and Spanish.In Mexico, Gino took audiences of all ages time-traveling as the Paleontologist in the $27 Million dollar production of "Walking with Dinosaurs: The Arena Spectacular" directed by Scott Faris. As the lead and only actor, at two premiere sports arenas in Mexico City and Monterrey, he performed in Spanish opposite 17 life-size state-of-the-art animatronic dinosaurs, many 40 ft tall and costing $1 million each, to Sold Out audiences of 11,000 people at a time. The limited-engagement tour played to a total audience of over 100,000 spectators and generated nearly $10 million at the box office in just two weeks.TV work includes series regular, recurring and major guest starring roles on network series such as Atypical, Hawaii Five-0, NCIS, Chicago Med, Shameless, Dexter, The Young & the Restless, 24, Drake & Josh, Charmed, Raising the Bar, Mental, K-ville, CSI: NY, Medium, and Celebrity, a FOX pilot created by Shane Salerno.Film work includes lead and supporting roles in indie and studio films such as Poor Boy starring Michael Shannon, Bruce Almighty, The Spongebob Squarepants Movie, Universal Remote, Devil's Knight, Is that a Gun in your Pocket?, The Perfect Game opposite Clifton Collins Jr.Recent work includes a recurring guest star on the upcoming TV series Palomino & Swissy (2019) with Eric Roberts, a guest star on Jordan Peele's new YouTube Premium series Weird City (2019), another guest star on TNT's Animal Kingdom, the lead in the TV pilot Loose Screws opposite Tia Carrere, and his directorial debut in Soi Fabulous' music video Fallen Angel featuring Bollywood star Sheena Chohan.Gino has been fortunate to collaborate with some of the best artists working in entertainment today. All told, he has collaborated with 9 Oscar, 8 Golden Globe, 31 Emmy, 5 Tony winners, a couple of MacArthur "Genius Grant" Awardees, and a Nobel Laureate in Literature just for good measure!Training: The Acting Center, and the American Repertory Theatre Institute for Advanced Theatre Training at Harvard University.Gino remains grateful to his parents who, from the beginning of his career, made it possible for him to direct his need for self-expression across bigger and broader canvasses as a professional actor and now director.