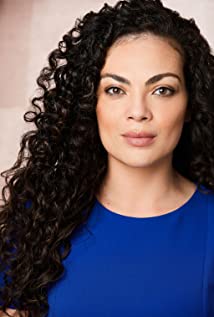 Giovannie Cruz was born on an American military installation in Wuerzburg, Germany to parents from the Caribbean island of Puerto Rico. She attended the University of North Texas' College of Music where she focused her studies on Opera & Early Music. In the years since, Giovannie has worked in film, television and as an anime voice actor & music director for Sony's FUNimation Productions on shows such as "Space Dandy" and "If My Favorite Pop Idol Made it to the Budokan I would Die". Recent television credits include Queen Sugar and NCIS: New Orleans.

If the Fan Goes to Budoukan, She'll Die

WorldEnd: What Do You Do at the End of the World? Are You Busy? Will You Save Us?

Hillary's America: The Secret History of the Democratic Party