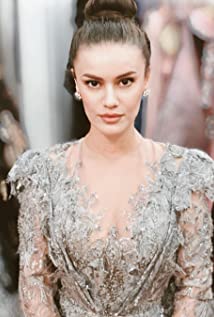 Gizem Denizci was born in 1988. She moved around a lot of cities and accomplished her education in different schools. In 2001, she attended Kars Youth Club Theatre and after she completed her education here, she took part in many theater productions. After she finished Tekirdag Anatolian High School, graduated from Marmara University, Department of Econometrics. In 2009, she studied acting in front of the camera in Bosphorus Academy. She took part in many series and commercials. And in 2009, the first movie experience, she starred in Kolpacino, directed by Atil Inac. In 2011, she became involved in "Oyuncu Tayfasi" community theater. Here, she received an education "Advanced Acting Techniques" from Volkan Sarýöz, who is actor and director in Semaver Kumpanya Theater. She played in three theatrical performances at Oyuncu Tayfasi. And one of these theatrical performances, she played piano in the scene and sign.After here, she set up a theatre group with her friends that do physical theater named "Draft". And they played one theatrical performance, "Seance". In this theatrical performance she also dance too. For this project, she took private lessons for modern dance. Denizci, later starred in a Tv serial which is called "2 Yaka Bir Ismail" (2012) as "Bahar". She made her next on-screen appearance as "Defne" in a movie which is called "Evim Sensin" (2012) and is watched more than two and a half million, alongside actors Ozcan Deniz and Fahriye Evcen. Besides this, she is a good singer and used to be back vocal in a band called "GNG", she is also doing modeling too.She still continues her education at "Metin Zakoglu Theatre" and continues to attend several workshop programs and her acting career.

Sultan of My Heart