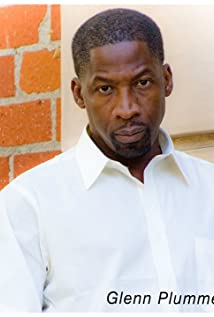 On a foundation of talent, unbridled dedication and a passionate mindset, Glenn Plummer has enjoyed a successful acting career that spans three decades. He has starred in such feature films as, Gifted, Saw II (2005), Dennis Hopper's Colors (1988), Menace II Society (1993), Showgirls (1995), The Salton Sea (2002), Poolhall Junkies (2002), Pastime, and the compelling drama South Central (1992) in the break out role of "O.G." Bobby Johnson, one of Glenn's most memorable performances.It was largely this very moving role that helped solidify Glenn as a staple in the African-American film community. Experiencing much crossover success, Glenn took his abilities to cover a wide range of personas and delved into television. Appearing in such television movies and mini-series as ABC's The Women of Brewster Place (1989), TNT's Heat Wave (1990) (about L.A.'s Watts' riots of 1965) and TNT's Reversible Errors (2004). Glenn Plummer generated praise and accolades from critics alike for his performances in Showtime's Ruby's Bucket of Blood (2001), as well as his deep, thought-provoking exhibition in HBO's The Corner (2000).Before returning to the big screen, Glenn had a re-occurring role as "Timmy Rawlins" in the inaugural season of the Emmy/Golden Globes Award-Winning, television show ER (1994) including the 88-minute pilot. Glenn Plummer's later projects include writing, directing (in his directorial debut), producing and starring in the horror film VooDoo Curse: The Giddeh (2006).