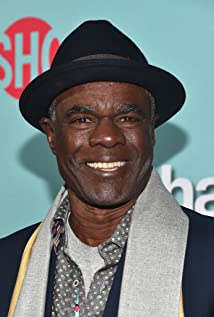 New York City-bred actor Glynn Russell Turman, born on January 31, 1947, who enjoyed his first taste of success as a young teenager, originating the role of "Travis Younger" on Broadway in Lorraine Hansberry's landmark play "A Raisin in the Sun" in 1959 opposite Sidney Poitier, Ruby Dee, Claudia McNeil and Diana Sands as his various family members. While he did not play the role when it transferred to film in 1961, he intensified his studies at Manhattan's renowned High School of Performing Arts.Upon graduation, Glynn apprenticed in regional companies throughout the country including Tyrone Guthrie's Repertory Theatre in which he performed in late 60s productions of "Good Boys," "Harper's Ferry," "The Visit" and "The House of Atreus." He made his Los Angeles stage debut in Vinnette Carroll's "Slow Dance on the Killing Ground" and earned TV marks for appearances in "Daktari," "Julia," "Room 222," a featured part in the TV movie Carter's Army (1970), and a regular role on the prime-time soap opera Peyton Place (1964). An impressive 1974 performance in "The Wine Sellers" earned him a Los Angeles Critics Award nomination and a Dramalogue Award. The play was entitled "What The Wine Sellers Buy" when he played it earlier on Broadway. He won his first NAACP Image Award for his work in the play "Eyes of the American."A writer and stage director as well, Glynn received his second NAACP Image award for his directing of "Deadwood Dick" at the Inner City Cultural Center. He segued these directing talents to TV where he helmed several episodes of "The Parenthood," "Hanging with Mr. Cooper" and "The Wayans Bros," among others. He also directed during his seasons of steady employment on A Different World (1987), in which he played the role of Colonel Taylor for five seasons (1988-1993). The show's theme song was sung by his late ex-wife, legendary "Queen of Soul" artist Aretha Franklin. They divorced in 1984 after six years.Glynn began his film career in the 1970s with such "blaxploitation" flicks as Honky (1971), Five on the Black Hand Side (1973), Together Brothers (1974) and Thomasine & Bushrod (1974), then advanced to the cult classic Cooley High (1975), plus The River Niger (1976) and A Hero Ain't Nothin' But a Sandwich (1977). TV-movies included the prestigious Centennial (1978), Attica (1980) and Minstrel Man (1977), for which he won his third NAACP Image Award, Race to Freedom: The Underground Railroad (1994), Buffalo Soldiers (1997) and Freedom Song (2000). In the midst of these early movie roles, he was once considered to play "Han Solo" in the original "Star Wars" film.A regular fixture on the smaller screen, Glynn appeared in a host of guest appearances during this time included "The Mod Squad," "The Rookies," "The Blue Knight," "The Paper Chase," "The Greatest American Hero," "Fame," "T.J. Hooker," "Hail to the Chief," "The Redd Foxx Show," "Matlock," "Murder, She Wrote" and "Touched by an Angel."The actor has also participated in such mainstream, audience-favorite, adrenalin-packed movies as Gremlins (1984), Out of Bounds (1986), Deep Cover (1992), How Stella Got Her Groove Back (1998), Subterfuge (1996), Sahara (2005), Burlesque (2010), Super 8 (2011) and Bumblebee (2018) along with the more critically acclaimed films Kings of the Evening (2008), Race (2016) and Windows on the World (2019) have also come across his path. Adept at professional roles, Glynn has enjoyed recurring roles into the millennium on such TV series as The Wire (2002) (as a mayor); Supercops V/S Supervillains: Episode #1.422 (as a judge); and Mr. Mercedes (2017) (as another judge).Glynn has returned from time to time to the theatre (2013, "Joe Turner's Come and Gone"). The father of four children from his first and present third marriages (between singer Franklin).

Chadwick Boseman: Portrait of an Artist