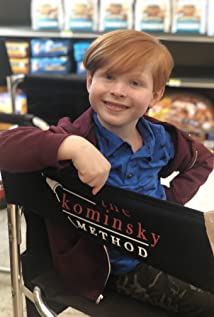 Gracen Newton is an American child actor best known for playing the role of Rolly on Disney's Puppy Dog Pals. He is also known for his role on "The Kominsky Method" playing Montana with Michael Douglas and Alan Arkin. He also played Grace's Son on NBC's Will & Grace and has appeared on many other TV shows including 10 episodes of "Child Support" on ABC with Ricky Gervais and Fred Savage, he played Young Eddie on ABC's "The Kids are Alright", and Joe's friend on "Modern Family." Gracen has done several national commercial campaigns for companies that include: Disney Store, Geico, DIRECTV NFL Sunday Ticket, TJMAXX, Marshalls, HomeGoods, and Little Tikes. He has also done modeling for Disney Store and was the 2018 Woody Halloween costume for the Disney Store Halloween Collection. His passion in life is acting, but when he isn't acting he loves to go to theme parks, hit the beach, or play in the yard with his dogs. He is represented by Osbrink Talent Agency for Theatrical, Commercial, Voiceover, and Print and his manager is Kim Matuka with Schuller Talent based in Los Angeles, California.