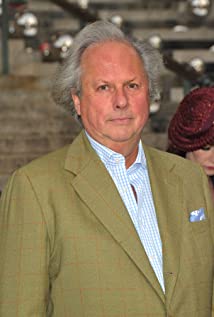 Graydon Carter has been editor of Vanity Fair since July 1992. He founded Spy magazine in 1986 with Kurt Andersen and Tom Phillips. He worked as a staff writer for Time, where he covered business, law, and entertainment for five years before joining Life as a staff writer in 1983. Prior to joining Vanity Fair, Mr. Carter was the editor of The New York Observer.Under Mr. Carter, Vanity Fair has won 14 National Magazine Awards, including two for General Excellence. He was recently named to the ASME Hall of Fame. He has been named Advertising Age's editor of the year and is the first editor ever to be twice named Adweek magazine's editor of the year.Mr. Carter is the author of What We've Lost (Farrar, Straus and Giroux, September 2004), a comprehensive critical examination of the Bush administration. He is also the co-editor, with Kurt Andersen and George Kalogerakis, of Spy: The Funny Years (Miramax, October 2006). He edited the best-selling Vanity Fair's Hollywood (Viking Studio, October 2000), as well as Oscar Night (Knopf, October 2004), a lavish photographic history of the exclusive Oscar parties held over the past 75 years, and Vanity Fair Portraits (Abrams, September 2008), a collection of the magazine's most memorable portraits taken over the past 95 years. He also edited Vanity Fair's Tales of Hollywood (Penguin, 2008) and Vanity Fair's Proust Questionnaire: 101 Luminaries Ponder Love, Death, Happiness, and the Meaning of Life (Rodale, 2009), as well as The Great Hangover (HarperCollins, 2010), a collection of articles from Vanity Fair written about the 2008 financial crisis. More recently, Mr. Carter edited Bohemians, Bootleggers, Flappers, and Swells (Penguin, 2014), a book of works by Vanity Fair's astonishing early catalogue of writers, from Dorothy Parker to P. G. Wodehouse, in honor of the magazine's 100th anniversary.Mr. Carter was a producer of "I'll Eat You Last," a one-woman play starring Bette Midler, about legendary Hollywood talent agent Sue Mengers. The show, directed by Tony Award-winner Joe Mantello, opened at the Booth Theater in New York City on April 2013, and at the Geffen Playhouse in Los Angeles on December 3.Mr. Carter co-produced two documentaries for HBO: Public Speaking (2010), directed by Martin Scorsese, which spotlights writer Fran Lebowitz, and His Way (2011), about acclaimed Hollywood producer Jerry Weintraub, which was nominated for a Primetime Emmy. Mr. Carter was an executive producer of 9/11, the highly acclaimed film by Jules and Gedeon Naudet about the World Trade Center attacks, which aired on CBS. He received an Emmy Award for 9/11, as well as a Peabody Award. He produced the acclaimed documentary The Kid Stays in the Picture, about the legendary Hollywood producer Robert Evans, which premiered at the 2002 Sundance Film Festival and had its European premiere at the Cannes Film Festival.Mr. Carter produced the documentary Chicago 10, which premiered on the opening night of the Sundance Film Festival in January 2007. He also produced Surfwise, which premiered at the Toronto International Film Festival in September 2007, and Gonzo, about the life and work of Hunter S. Thompson, which was directed by Academy Award-winner Alex Gibney.Mr. Carter is a co-owner of three New York City restaurants: the Waverly Inn, the Monkey Bar, and the Beatrice Inn.Born in Toronto, Canada, Mr. Carter resides in Manhattan with his wife, Anna, and their daughter. He also has four older children.

The Inventor: Out for Blood in Silicon Valley

Swiped: Hooking Up in the Digital Age

Gonzo: The Life and Work of Dr. Hunter S. Thompson