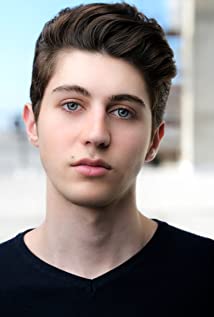 Gregory Kasyan is known for his series regular role on Daybreak coming out this year on Netflix. Greg earned his breakout role in the gritty, widely anticipated indie, "Quest," portraying Mills, the son of Betsy Brandt (Breaking Bad) and stepson of Lou Diamond Phillips (Longmire). Kasyan plays the gentle heart-ed juvenile delinquent who comes from an abusive home. Fans see Kasyan star alongside Dash Mihok (Ray Donovan) and Keith Stanfield (Straight Outta Compton).Kasyan discovered his love for professional acting after he booked his first role on his first audition for ABC's "The Middle." Thereafter, Kasyan was seen in a variety of productions including television series such as CBS's "NCIS: New Orleans" and "Hawaii Five-O," Amazon's "Bosch," as well as independent features and short films including "Miss India America," "Shape, " in addition to numerous national commercial campaigns.A Los Angeles native who has pursued acting since the age of eight, Kasyan participated in theater and and loved to entertain from a young age. His favorite part of acting is having the opportunity to see life through another person's eyes. When Gregory is not on set, he enjoys playing basketball, spending time with his dog Archie, and grabbing sushi with his family.