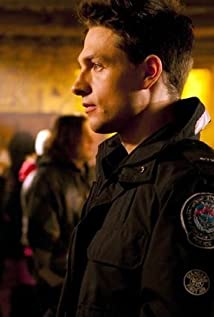 Gregory Edward Smith was born in Toronto, Ontario, to Terrea (Oster), an American-born actress, and Maurice Smith, a British-born film producer. His brother is actor Douglas Smith.Gregory has starred in over 25 feature films, including The Patriot (2000), opposite Mel Gibson and Heath Ledger; Closing the Ring (2007), directed by Richard Attenborough which premiered at the 2007 Toronto Film Festival; Small Soldiers (1998), opposite Kirsten Dunst and produced by 'Steven Spielberg'; Nearing Grace (2005), opposite Jordana Brewster and David Morse which opened the 2005 L.A. Film Festival to critical acclaim; and Book of Love (2004), opposite Frances O'Connor and Bryce Dallas Howard and which premiered at the 2004 Sundance Film Festival. Additionally, he has starred in over 100 episodes of television, most notably as the protagonist in The WB's hit series Everwood (2002) which aired for four seasons. Smith is also an accomplished producer and photographer. In 2008, he developed and produced a comedy for Sony Screen Gems which starred Kenan Thompson, Zachary Levi and Fran Kranz.As a photographer, he travels all over the world photographing the different people he encounters. As an entrepreneur, Smith co-founded theU.net - an immersive student network that releases high production value, high energy youth oriented video tours of the most popular colleges in the USA. He and his partner raised $1 million to both develop and execute the concept. He also structured a deal co-branding theU.net with AOL Time Warner subsidiary, The WB. He will launch his next technology startup company imminently. In 2009, he starred in Reginald Harkema's Manson, My Name Is Evil (2009) which had its world premiere at the 2009 Toronto Film Festival. 2010 was a busy year for Smith, who starred in four movies. In Jim Sheridan's Dream House (2011), he stars opposite Daniel Craig as the gothic young man who is obsessed with the unsolved murders of Craig's family. In Chaz Thorne's Whirligig (2010), he plays the lead "Nicholas", in a coming of age story about a lost young man whose shameless lies lead him all the way to discovering the truth. He also filmed a segment of Josh Stolberg's anthology film Conception (2011). In the film, Smith stars with Julie Bowen as one of nine couples dealing with sex, love and the almost inevitable consequence: pregnancy. Most recently, he filmed Hobo with a Shotgun (2011) which was directed by Jason Eisener. Eisener's trailer for this film won Quentin Tarantino's Grind House competition. Beginning summer 2010, Greg has played "Dov Epstein" in the new ABC/Global television series Rookie Blue (2010). This series follows a group of recent graduates from the police academy as they try to navigate their ways as rookie officers.Gregory splits his time between Los Angeles and Toronto. He is mainly of English and Ashkenazi Jewish descent, with small amounts of Dutch, German, Swedish, and Norwegian, ancestry.