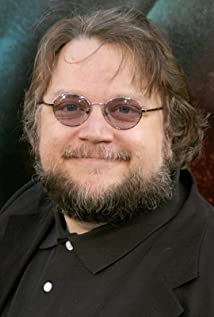 Guillermo del Toro was born October 9, 1964 in Guadalajara, Jalisco, Mexico. Raised by his Catholic grandmother, del Toro developed an interest in filmmaking in his early teens. Later, he learned about makeup and effects from the legendary Dick Smith (The Exorcist (1973)) and worked on making his own short films. At the age of 21, del Toro executive produced his first feature, Dona Herlinda and Her Son (1985). Del Toro spent almost 10 years as a makeup supervisor, and formed his own company, Necropia in the early 1980s. He also produced and directed Mexican television programs at this time, and taught film.Del Toro got his first big break when Cronos (1993) won nine Ariel Awards (the Mexican equivalent of the Oscars), then went on to win the International Critics Week Prize at Cannes. Following this success, del Toro made his first Hollywood film, Mimic (1997), starring Mira Sorvino.Del Toro had some unfortunate experiences working with a demanding Hollywood studio on Mimic (1997), and returned to Mexico to form his own production company, The Tequila Gang.Next for del Toro, was The Devil's Backbone (2001), a Spanish Civil War ghost story. The film was hailed by critics and audiences alike, and del Toro decided to give Hollywood another try. In 2002, he directed the Wesley Snipes vampire sequel, Blade II (2002).On a roll, Del Toro followed up Blade II (2002) with another successful comic-book inspired film, Hellboy (2004), starring one of Del Toro's favorite actors, Ron Perlman.Del Toro is divorced, has a daughter and a son and lives in Los Angeles and Toronto.

Scary Stories to Tell in the Dark