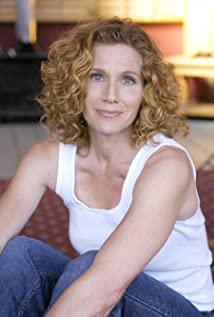 Gwynyth Walsh was born in Winnipeg, Manitoba, Canada but was raised in Vancouver, British Columbia. Walsh earned her Bachelor's degree in Fine Arts from the University of Alberta and started her career appearing on stage, across Canada and in the United States, in many classics, including. For William Shakespeare's "Much Ado About Nothing", she won a Dramalogue Award in the Best Actress Category for her portrayal of Beatrice. She is perhaps best remembered for the recurring role of the Klingon B'Etor, sister of Lursa, from the House of Duras in all the versions of Star Trek, except Star Trek: Voyager (1995) and Star Trek: Enterprise (2001). She also appeared in the feature length film Star Trek: Generations (1994). Only in the Star Trek: Voyager (1995) episode Star Trek: Voyager: Random Thoughts (1997), did she not play the Klingon B'Etor. In 1993, Walsh starred in the psychological thriller The Crush (1993), where her husband was played by Kurtwood Smith.In 1998, Gwynyth began another role she is also well-remembered for, Dr. Patricia Da Vinci (City of Vancouver Coroner's Pathologist), ex-wife of the title character, Dominic Da Vinci, in the award-winning Da Vinci's Inquest (1998). In 2002, she appeared in the Sci-Fi Channel miniseries Taken (2002), with Matt Frewer, Anton Yelchin, Rob LaBelle and Brian Markinson. She has been in many popular dramas and sci-fi series, in Canada and the United States, such as Stargate SG-1 (1997), Supernatural (2005) and Smallville (2001). In 2006, she played Esther Heyman in the well-regarded A&E film about the ill-fated 9-11 Flight 93 (2006). The same year, she played a role in the critically-acclaimed Commander in Chief (2005), starring Geena Davis as The President. The next year, she appeared in the Sci-Fi Channel miniseries Tin Man (2007), a retelling of "The Wizard of Oz". She continues to stay busy, both on stage and on camera and seems to be in demand in Canadian television. She divides her time between Los Angeles and Vancouver.

'Tis the Season for Love

Even Lambs Have Teeth