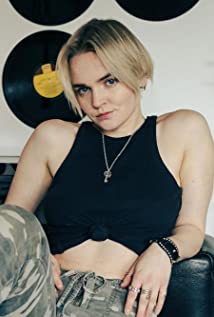 Hallea (pronounced Huh-LEE-Ah) is an actress and musician (singer songwriter) from Toronto, Canada.Born into a family of musicians and performers, Hallea started her on stage career early on in school plays and talent shows. It wasn't until 2017 when she signed with Robyn Friedman (Compass Artist Management) that Hallea professionally started working in film, going on to book minor roles and eventually landing the role of Eden Hawkins in Netflix's adaptation of Joe Hill's Locke & Key (2020). In 2019, Hallea signed with Marion Kammer at TalentWorksLA.During this time Hallea has also been focused on writing & producing an album in Toronto with her brother August Jones (producer & multi-instrumentalist) and Gabriel Pick (producer & multi-instrumentalist).