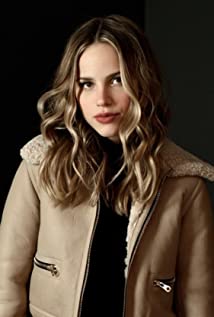 Named to Variety's Top 10 Stars to Watch, Halston Sage continues to gain fame, working alongside notable actors and filmmakers.She was born Halston Jean Schrage in Los Angeles, California and is of Cuban-American descent. In addition to her acting credits, Sage rode horses for eight years and is an award-winning equestrian.In 2013, the actress joined Adam Sandler and an all-star cast in the ensemble hit, Grown Ups 2 (2013) for Sony Pictures. She also starred in Greg Francis' indie, Poker Night (2014), alongside Ron Perlman and Titus Welliver, and was seen alongside Emma Watson in Oscar®-winning director Sofia Coppola's biography drama, The Bling Ring (2013).In 2014, she had a role in the film Neighbors (2014), with Zac Efron. Sage was a nominee for the MTV Movie Award "Best Kiss", for her onscreen kiss with Rose Byrne in the film. In 2015, Sage played Lacey Pemberton in the film Paper Towns (2015), alongside Nat Wolff and Cara Delevingne, based on the 2008 novel of the same name by John Green. Later that year, she co-starred in Sony Pictures' Goosebumps (2015), opposite Jack Black, Dylan Minnette, and Odeya Rush. Also in 2015, she had a role in Paramount's Scouts Guide to the Zombie Apocalypse (2015).In 2017 Halston portrayed Lindsay in the film Before I Fall and in 2019 Halston portrayed the first live action appearance of the Marvel Comic's character, Dazzler, in the film X Men: Dark Phoenix.She is repped by ICM and Untitled.

People You May Know

Scouts Guide to the Zombie Apocalypse