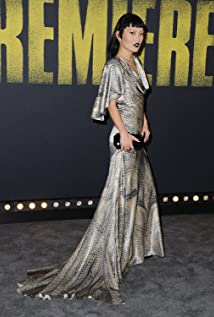 A one of a kind creative who does it all, Hana Mae Lee is an award-winning actress, fashion designer, artist, writer, filmmaker, and make-up artist.Hana Mae began her career starring in commercials like the Cannes Lions and ANDY award winning "It Must Be Love" aka "Best Friends (Cars/People)" for Honda and in music videos such as the Grammy nominated "Mr. Brightside" by The Killers. Her TV credits include the Multi-Emmy winning series "Mike & Molly", Golden Globe winning "Californication", Golden Globe nominated "Better Things", Critics Choice nominated "Patriot", critically-acclaimed neo-noir series "Perpetual Grace, Ltd." and many more. Her film credits include the highest grossing musical-comedies of all time, "Pitch Perfect" where Hana Mae was nominated for the Scene Stealer award and won several awards including best comedy. Followed by its two sequels, Hana Mae went on to star in McG's horror-comedy, "The Babysitter" and its sequel, "The Babysitter: Killer Queen". Her magazine credits include: Vogue Korea, Wonderland, Schön and more.An Alumni of Otis College of Art and Design with a BFA in fashion design, Hana Mae worked with many design houses and as an image/style consultant before starting her own line, Hanamahn (aka "just one" in Korean). Her Hanamahn designs are all one of a kind works that are worn by collectors, musicians, business creatives and actors.Currently, you can see Hana Mae in the horror-anthology film "Phobias" which is available now on AppleTV, On-Demand and digital everywhere. Coming up, Hana Mae plays the leading role of Chelsea in a horror-puppet/animated feature by Evan Marlowe called "Abruptio" and stars in "Ultra City Smiths" by acclaimed director/writer Steve Conrad on AMC coming this fall.