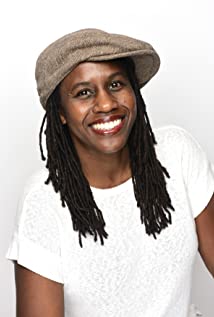 Selected for the inaugural class of 2019 ReFrame Rise directors, Hanelle M. Culpepper is an energetic and unflappable award-winning director whose television credits range from superhero action adventures to thrillers and genre films to character-driven dramas. In 2019, she was chosen to direct the pilot for Star Trek: Picard, making her the first woman to launch a new Star Trek series in its 53-year history, and earning her a Variety's 2019 Inclusion Impact honor.Hanelle earned her B.A. from Lake Forest College and her M.A. from USC's Annenberg School. After working as the assistant for Oscar-winning screenwriter/director Callie Khouri, she was selected for AFI's prestigious Directing Workshop for Women (DWW), which launched her as an emerging director to watch. Her DWW short A Single Rose won numerous awards and screened at film festivals worldwide, including the 2004 ICG Showcase at the Cannes Film Festival.A Single Rose plus Hanelle's viral short film spoof Six and the City, led to the greenlight for her first independent feature, the supernatural thriller Within, starring Mia Ford, Sammi Hanratty, Sam Jaeger, Lori Heuring, Brent Sexton, and featuring Aisha Hinds. The film won Outstanding Feature Film at the Big Bear Horror Film Festival and had its television premiere on Lifetime. Over the next several years, Hanelle helmed multiple independent thrillers, including Murder on the 13th Floor starring a young Tessa Thompson.Hanelle's television career took off after participating in NBC Universal's Directing Initiative, which led to an episodic directing role for Parenthood. Since then, her television work includes such shows as Counterpart, Mayans M.C., Criminal Minds, Grimm, American Crime, The Flash, Gotham, and recently, the upcoming AMC series, NOS4A2. And in 2015, Hanelle was nominated for an Image Award for Outstanding Directing for a Drama Series.Hanelle proudly serves as Alternate Board member of the DGA and co-chair of the DGA's Women's Steering Committee. She is represented by Verve talent agency. Her manager is Adesuwa McCalla at Metamorphic Entertainment.