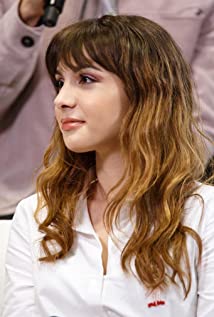 Hannah Marks is an actress and filmmaker who was named one of Rolling Stone's 25 under 25 Artists Changing the World in 2017. Her first feature After Everything (2018) FKA Shotgun as co-writer/director premiered to rave reviews at the 2018 SXSW Film Festival where Hannah was also nominated for the Game Changer award. As an actress, Marks has four films slated for 2019 release, including Banana Split (2018) which she stars in, co-wrote, and produced. She was the female lead of Dirk Gently's Holistic Detective Agency (2016) for BBC America/AMC Studios opposite Elijah Wood. Seasons one and two recently premiered on Hulu. Prior film credits The Runaways (2010) and Dawn (2014) which both premiered at the Sundance Film Festival, and The Amazing Spider-Man (2012). Her other notable television work includes three seasons on the Golden Globe nominated series Necessary Roughness (2011) and a two-season arc on the Emmy nominated series Weeds (2005). In addition to her 2018/2019 filmmaking credits, her short film BearGirl (2017) was a finalist for 2018 Sundance Ignite, highlighting filmmakers ages 18-24. Her previous shorts have played at numerous festivals, including Two Dollar Bill (2016), winning Best Short at the CineYouth program of Chicago International Film Festival, highlighting filmmakers under the age of 22. Marks resides in Los Angeles and New York.