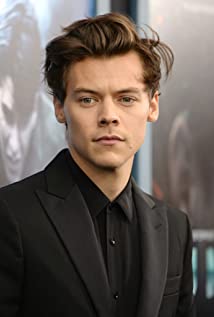 Harry Edward Styles was born on February 1, 1994 in Bromsgrove, Worcestershire, England, the son of Anne Twist (née Selley) and Desmond "Des" Styles, who worked in finance. Harry made his acting debut in "Dunkirk." The critically acclaimed film topped the US box office in its first weekend and was one of the top-grossing films of the summer.Styles also made his solo music debut with his self-titled debut album, released in May 2017. The 10-track album featured the lead single "Sign of the Times," which topped the iTunes charts in over 84 countries upon release day. The album made history with the biggest debut sales week for a UK male artist's first full-length album since Nielsen Music began tracking sales in 1991, and it topped official charts at #1 in more than 55 countries. In support of the new music, he made acclaimed appearances on "Saturday Night Live," including performing in multiple comedy sketches; "The Graham Norton Show"; and a week-long residency on "The Late Late Show with James Corden." Styles embarked on a sold-out world tour in Fall 2017. Harry Styles Live on Tour began with intimate venues and continued to arenas in 2018. But due to COVID he had to postpone his shows and began Love on Tour September 4, 2021 in Las Vegas.Styles' second album, Fine Line (2019), debuted atop the US Billboard 200 with the biggest first-week sales by an English male artist in history, and was listed among Rolling Stone's "500 Greatest Albums of All Time" in 2020. Its fourth single, "Watermelon Sugar", topped the US Billboard Hot 100.Throughout his career, Styles has earned several accolades, including a Brit Award, an American Music Award, two ARIA Music Awards, and a Billboard Music Award. Aside from music, he is also known for his flamboyant fashion, and is the first man to appear solo on the cover of Vogue magazine.Styles found fame as the star of the global phenomenon One Direction, a group that was assembled by Simon Cowell in the boot camp stage of The X Factor UK 2010 and made it all the way to the final before finishing 3rd. In five years together, they impressively sold more than 70 million records worldwide, achieved a total of 137 number ones, and won five Billboard Music Awards, four MTV Video Music Awards, five American Music Awards and six BRIT Awards. One Direction was the first band in history to have its first four albums debut at number one on the Billboard 200 charts, with the fifth album topping UK charts selling 3.5 million copies worldwide. On December 13, 2015 the band performed "Infinity" and "History" on The X Factor UK Finale before embarking on a hiatus in 2016.

Harry Styles: Behind the Album

One Direction: Where We Are - The Concert Film

One Direction: This Is Us