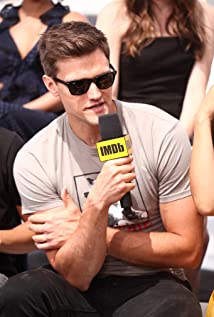 Hartley Sawyer was born on January 25, 1985 in Goshen, New York. He is an actor and writer, known for his work in television and digital. Most recently Hartley starred in the critically-acclaimed thrillers, "SPiN," "Kept Man" and the sci-fi comedy series, "Caper" from "Eureka" Creator, Amy Berg and Executive Producer, Felicia Day.Hartley first became known to television audiences in 2010 after landing the role of Brian Sommers in the TBS comedy "Glory Daze" and has since gone on to play Bozeman Peacham opposite Kristin Chenoweth on the ABC comedy, "GCB" and Kyle Abbott on the long-running CBS daytime drama "The Young & the Restless" as well as memorable guest appearances on the CBS sitcom, "The McCarthys" and ABC's "Don't Trust the B in Apt. 23."A graduate of Emerson College in Boston, Hartley is an active supporter of various national and local animal welfare organizations including Angel City Pit Bulls and No-Kill Los Angeles, among others.