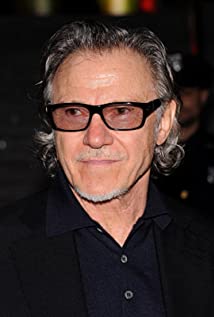 American actor and producer Harvey Keitel was born on May 13, 1939 in Brooklyn, New York City, to Miriam (Klein) and Harry Keitel. An Oscar and Golden Globe Award nominee, he has appeared in films such as Martin Scorsese's Mean Streets (1973) and Taxi Driver (1976), Ridley Scott's The Duellists (1977) and Thelma & Louise (1991), Peter Yates' Mother, Jugs & Speed (1976), Quentin Tarantino's Reservoir Dogs (1992) and Pulp Fiction (1994), Jane Campion's The Piano (1993), Abel Ferrara's Bad Lieutenant (1992), Robert Rodriguez's From Dusk Till Dawn (1996), James Mangold's Cop Land (1997), Paolo Sorrentino's Youth (2015). He is regarded as one of the greatest method actors ever. Along with actors Al Pacino and Ellen Burstyn, he is the current co-president of the Actors Studio.Keitel studied under both Stella Adler and Lee Strasberg and at the HB Studio, eventually landing roles in some Off-Broadway productions. During this time, Keitel auditioned for filmmaker Martin Scorsese and gained a starring role as "J.R.", in Scorsese's first feature film, Who's That Knocking at My Door (1967). Since then, Scorsese and Keitel have worked together on several projects. Keitel had the starring role in Scorsese's Mean Streets (1973), which also proved to be Robert De Niro's breakthrough film. Keitel re-teamed with Scorsese for Alice Doesn't Live Here Anymore (1974), in which he had a villainous supporting role, and appeared with Robert De Niro again in Scorsese's Taxi Driver (1976), playing the role of Jodie Foster's pimp.