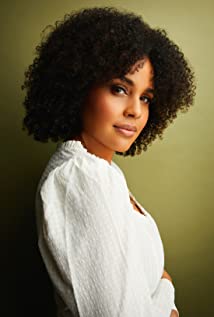 Hayley Marie Norman is an American film and television actress.Hayley was born and raised in Thousand Oaks, California, the daughter of a retired baseball player. Her father is African-American and her mother is of Russian, German, and distant Dutch, descent. On her mother's side, Hayley is the great-granddaughter of production manager/assistant director Gene Anderson, and the great-niece of actor Robert J. Anderson, who played young George Bailey in It's a Wonderful Life (1946), and of assistant director Gene Anderson Jr..Hayley was chosen to be one of the few and highly distinguished California Arts Scholars, in which she was awarded a Governor's medallion, the highest distinction in California for artistically talented students. She received this honor an unprecedented two years in a row. Hayley continued her training and graduated from the American Academy of Dramatic Arts and the Upright Citizens Brigade honing her skills as both a dramatic actress and comedienne. She continues to perform with popular sketch and improv groups around town and enjoys putting up new material on the UCB main stage.Hayley had a memorable breakout performance in Chris Rock's Top Five (2014), proving she can hold her own among some of Hollywood's most iconic comedians. The film, released on December 12, 2014, became a hot commodity at the Toronto International Film Festival, prompting Paramount Studios to purchase it, including it in the DGA's annual The Contenders event and preparing Top Five for an awards run.In addition to her role in Top Five, this multitalented actress also co-produces and stars in the semi-scripted hit online series Hello Cupid. Drawing largely on her improv and comedy skills, the series follows longtime friends Robyn (Hayley Marie Norman) and Whitney as they experience the ups and downs of online dating. The series, now in its second season, has garnered critical acclaim and has been named an official selection at the TriBeCa Film Festival and one of the "Top 5 Great Web Series You Should Be Watching Now" by Vulture.After starring as a perky cheerleader in Sony Pictures Screen Gems' film Fired Up, she received rave reviews from Robert Ebert who declared her "the most intriguing member of the cast." She's had recurring roles on television shows like Crash acting alongside one of her favorite actors, Dennis Hopper, as well as abc's Selfie and BET's long running The Game. Her other credits include Hancock, Our Family Wedding, Norbit, New Girl, Bones, The Exes, CSI: NY, CSI: Miami, Studio 60, and many more. A bonafide LA valley girl, one of Hayley's first jobs was as the Mattel's official "face" of the African American Barbie, and she later filled iconic role of Briefcase #25 model on Deal or No Deal. Hayley also has a role in Relativity Media's Beyond The Lights which is slated to hit theaters this November.Hayley is a huge fan of the blaxploitation genre and is a self proclaimed fan girl of Pam Grier. She also speaks frequently about the films of John Cassavetes and her admiration for both him and Gena Rowlands. She is a classically trained dancer and a long time vegan and animal rights activist.