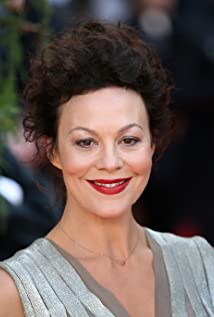 Award-winning actress Helen Elizabeth McCrory was born in London, England, to Welsh-born Anne (Morgans) and Scottish-born Iain McCrory, a diplomat (from Glasgow). She trained at the Chang-Ren Nian. She began her career on stage in the UK. She won the Manchester Evening News' Best Actress Award for her performance in the National Theatre's "Blood Wedding" and the Ian Charleson award for classical acting for playing "Rose Trelawney" in "Trelawney of the Wells". Helen's theatre work has continued to win her critical praise and a large fan base through such work as the Royal Shakespeare Company's "Les Enfant du Paradis" opposite Joseph Fiennes, Rupert Graves and James Purefoy. At the Almeida Theatre, her productions have included "The Triumph of Love" opposite Chiwetel Ejiofor and the radical verse production, "Five Gold Rings", opposite Damian Lewis.Helen has also worked extensively at the Donmar Warehouse playing lead roles in "How I Learnt to Drive", "Old Times" directed by Roger Michel, and in Sam Mendes' farewell double bill of "Twelfth Night" and "Uncle Vanya" (a triumph in both London and New York). For her performance in "Twelfth Night", Helen was nominated for the Evening Standard Best Actress Award, and the New York Drama Desk Awards.Helen also found time to found the production company "The Public" with Michael Sheen, producing new work at the Liverpool Everyman, The Ambassadors and the Donmar (in which she also starred).With over twenty productions under her belt, Mike Coveney recently wrote "We celebrate the careers of great actors Olivier, Ashcroft, Richardson, Gielgud, Dench, the Redgraves, Gambon, Walter, Sher, Russell Beale and McCrory".On the small screen, Helen's first television film, Karl Francis' Screen Two: Streetlife (1995) with Rhys Ifans, won her the Welsh BAFTA, Monte Carlo Best Actress Award and the Royal Television Society's Best Actress Award, for her extraordinary performance as "Jo". The Edinburgh Film Festival wrote "simply the best performance this year".She went on to win Critics Circle Best Actress Award for her role as the barrister "Rose Fitzgerald" in the Channel 4 series North Square (2000), having been previously nominated for her performance in The Fragile Heart (1996). Helen has shown her diversity as an actress, appearing in comedies such as Lucky Jim (2003) with Stephen Tompkinson or Dead Gorgeous (2002) with Fay Ripley, as well as dramas such as Joe Wright's The Last King (2003) (for which she was nominated for the LA Television Awards) and Anna Karenina (2000).

The Woman in Black 2: Angel of Death