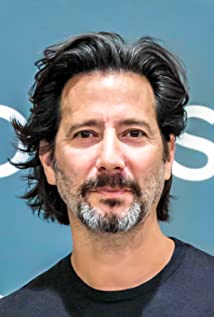 Henry Ian Cusick (born 17 April 1967) is a Peruvian actor and director. He is known for his role as Desmond Hume on the U.S. television series Lost (2004), for which he received a Primetime Emmy Award nomination. He also starred as Stephen Finch in the ABC drama Scandal (2012), as Marcus Kane in the CW drama The 100 (2014), as Dr. Jonas Lear in the Fox drama The Passage (2019), and is now starring as Russ Taylor in the CBS drama MacGyver (2016). Cusick was born in Trujillo, Peru, to a Peruvian mother, Esperanza Rodriguez Chávez, and a Scottish father, Henry Joseph Cusick. When he was two, his family moved to Madrid, Spain, before moving to Trinidad and Tobago, where they lived for 10 years. There, Cusick attended Presentation College, San Fernando. He is fluent in both English and Spanish. Cusick's first leading roles on stage were at Citizens Theatre in Glasgow, Scotland. They included Dorian Gray in 'The Picture of Dorian Gray' with Rupert Everett, Hamlet in 'The Marovitz Hamlet,' and Horner in 'The Country Wife.' His 1994 performances as Torquato Tasso in the Edinburgh International Festival production of 'Torquato Tasso' and as Creon in the Citizens Theatre production of 'Oedipus' earned him a commendation at the 1995 Ian Charleson Awards for outstanding performance by a young actor in a classical theatre role. After appearing in recurring roles in television series such as Casualty (1986) and The Book Group (2002), he starred as Jesus Christ in the 2003 film The Visual Bible: The Gospel of John (2003). His largest role to date came in 2005, when he was cast as Desmond Hume in the ABC series Lost (2004). Originally a recurring guest star in the second season (for which he received an Emmy nomination), Cusick was a member of the main cast in seasons three through six. Cusick won the role when, while staying at the home of his friend Brian Cox, he met Cox's next-door neighbor, Carlton Cuse, the executive producer of Lost (2004). Cusick stated he believes "a seed (was) planted, because they had been looking for either a Scottish or Irish character." Cusick also directed a short film dress (2013), which won the Best Short Film award at the 2013 Hawaii International Film Festival.

Not Another Happy Ending

Scandal: The Secret Is Out