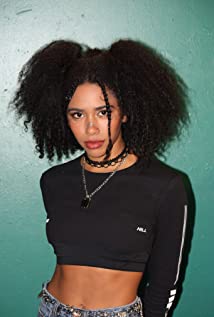 Herizen F. Guardiola (born July 24, 1996) is an American singer, songwriter, and actress. She is known for her breakout role as Mylene Cruz on the Netflix original series, The Get Down.Guardiola is a native of Miami, Florida. Her father, Juan Carlos, is a reggae musician of Cuban descent, and her mother, Venice Pink, of Jamaican descent, is a nutritionist and yoga instructor. Guardiola has two younger sisters.Herizen Guardiola made her acting debut in The Get Down, a Netflix original series from Baz Luhrmann. About her discovery, Luhrmann said, "It's always thrilling to find a fresh unknown talent, particularly one who is not only a terrific actor but a magnificent vocalist."In the four days after the August 12th, 2016 release of The Get Down, she went from 3,000 Instagram follows to over 21,000; On Monday, September 12, 2016, exactly a month after its release, she surpassed 100,000 Instagram followers.