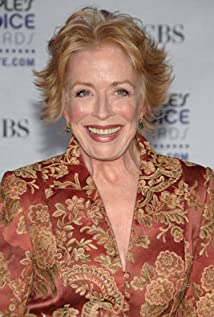 Holland Taylor was born in Philadelphia, Pennsylvania, the third-born (and last) daughter of her mother, Virginia (Davis), a painter, and the only child of her father, C. Tracy Taylor, an attorney. She spent her teen years in nearby Allentown, PA, where Holland got the nickname, "Penny Taylor" because of her coppery hair color. Holland attended Quaker schools, then majored in drama at Bennington College. At the age of 22 Holland moved to New York with the desire to become a "great big Broadway star." After fifteen years of "disappointments and near misses" in New York and California, Holland was cast as Ruth Dunbar in the sitcom Bosom Buddies (1980) with Tom Hanks. It was Holland's "breakout" role and it led to many other TV and film offers including the movie Romancing the Stone (1984) as Kathleen Turner's book publisher and friend. Holland had hesitated to accept the role but her acting coach and mentor Stella Adler encouraged her not to be so "stage minded." In 1992 Holland was still living in Greenwich Village, New York and traveling back and forth between a rented apartment in Hollywood and New York in order to work on both coasts. Holland has said her first love was the theater but the work for her in TV and films was better. However, by 1992, Holland said she was dealing with traveling back and forth "less and less well". Over the next few years, Holland moved to California full-time. In the last couple of years, she gave up her apartment in West Hollywood for her own home in the Hollywood Hills. Holland won an Emmy in 1999 for her work in The Practice (1997).