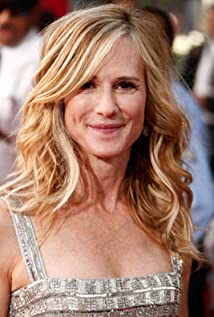 Holly Hunter was born in Conyers, Georgia, to Opal Marguerite (Catledge), a homemaker, and Charles Edwin Hunter, a part-time sporting goods company representative and farmer with a 250 acre farm. She is the youngest of seven children. Her parents encouraged her talent at an early age, and her first acting part was as Helen Keller in a fifth-grade play. In 1976 she went to Pittsburgh to pursue a degree in drama from Carnegie Mellon University. After graduating in 1980, she went to New York City, where she met playwright Beth Henley in a stalled elevator. Hunter went on to get roles in a number of Henley's southern gothic plays, including Crimes of the Heart and The Miss Firecracker Contest. In 1982 the actress went to Los Angeles. She landed her first starring role in the movies in the Coen brothers' Raising Arizona (1987), a part that is said to have been written with her in mind. She gained stardom in 1987 when she played the driven TV news producer Jane Craig in James L. Brooks' Broadcast News (1987). In 1993 she earned an Academy Award and worldwide acclaim with her performance as a mute bride to a New Zealand planter in The Piano (1993).