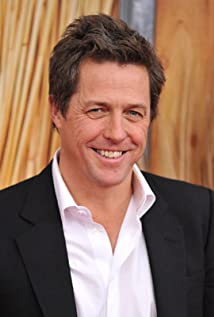 Hugh Grant, one of Britain's best known faces, has been equally entertaining on-screen as well as in real life, and has had enough sense of humor to survive a media frenzy. He is known for his roles in Four Weddings and a Funeral (1994), with Andie MacDowell, Notting Hill (1999), opposite Julia Roberts, and Music and Lyrics (2007), opposite Drew Barrymore, among his other works.He was born Hugh John Mungo Grant on September 9, 1960, in Hammersmith, London, United Kingdom. His mother, Fyvola Susan (MacLean), was a teacher. His father, James Murray Grant, was an artist and carpet salesman, and his grandfather was in the British Army during WWII. He is of mostly Scottish and English descent, with many recent ancestors who were prominent in the military. Young Grant was fond of literature and acting. He won a scholarship to Oxford, going up to New College in 1979. There he was involved in student drama, and considered a career as an art historian. After Oxford, he turned down a scholarship to do postgraduate studies in Art History at the Courtauld Institute in London, and focused on his acting career. In 1982, while still a student, Grant made his big screen debut in Privileged (1982) by director Michael Hoffman.Grant's breakthrough came with the leading role as Charles in Four Weddings and a Funeral (1994), opposite Andie MacDowell, a role which won him a Golden Globe Award, as well as a BAFTA Film Award for Best Actor. During the 1990s Grant established himself as a very original and resourceful actor. He played a string of characters projecting a positive mindset, showing how do you stay optimistic when you are actually worried about a cascade of troubles. Grant had his own experience as a survivor of an unfortunate episode in his private life, which he managed to overcome thanks to having a pretty damn good outlook on life.His forte is playing characters projecting warmth and sincere happiness, with his hallmark stuttering, albeit some accused him of reprising the same character he has been playing for the past two decades. Grant's ability to show his character development within a limited screen time shines in Love Actually (2003), with his witty portrayal of a Prime Minister whose personal insecurities become intertwined with his country's international affairs, a performance that earned him a nomination for European Audience Award. His screen presence and skillful understatement takes his characters beyond the written script, thanks to his mastery of timing and effortless style.Outside of his acting profession, Grant has been a good athlete, he played cricket and football in his younger years. He enjoys playing golf, frequently taking part in Pro-Am tournaments. He has been an avid art lover since his younger years, and has been collecting fine art, a passion he inherited from his father.

A Grand Night In: The Story of Aardman