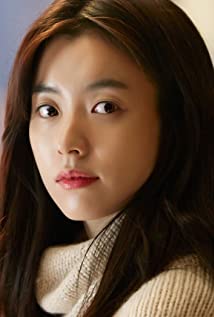 Han Hyo-Joo (born February 22, 1987 Cheongju, North Chungcheong Province) is a South Korean film and television actress. She is best known for her leading roles in television drama series: Bomui walcheu (2006) (2006); Shining Inheritance (2009) (2009); Dong Yi (2010)(2010) and W (2016) (2016) as well as the film Cold Eyes (2013) (2013), for which she won Best Actress at the 34th Blue Dragon Film Awards. Her mother was an elementary school teacher before becoming an inspector for public schools, and her father was an air force officer. As a child, she was good in sports, particularly track and field. In her sophomore year of high school, she moved to Seoul and attended Bulgok High School, despite the objections of her strict and conservative father. She then entered Dongguk University, where she joined the theater and film department. She chieved the grand prize for the Miss Bing-Geure (Korean food company) contest in 2003, which attracted the attention of the entertainment world. Then she began to appear in a minor role in the sitcom titled Nonstop (2000) in 2005. She even continued with a stint in 2006's Bomui walcheu (2006). In 2006, she became popular through her brilliant acting and got signed by the popular independent filmmaker known as Yoon-ki Lee, who cast her in his film Ad Lib Night (2006). The movie became a success and was listed in festival favorite and brought several honors to the director and of course Han. After her debut, she won the Best New Actor honor at the Korean Association of Film Critics Awards. Her success let her star in two big TV series, Iljimae (2008) and Dong Yi (2010). Both series became hit, and she even achieved good ratings from Korean viewers. Later, she appeared in another indie film known as Ride Away (2008) and earned a lot of respect from the series cinema-goers for her performance. In the year 2010, she established her as one of the best mainstream actresses of that year. She played a lead role in the series Shining Inheritance (2009). The series was so hit that it increased the endorsements deals for Han. She even received big drama awards at the South Korean award function. Han appeared as a blind telemarketer in the emotional drama film known as Always (2011) in 2011. Her acting skills went on to open the Busan International Film Festival that year. She played the role of a queen in her next film which was a period action drama Masquerade (2012). The drama series went on to become the highest grossing South Korean film of that time. She had also played an action thriller film Cold Eyes (2013), the film received good response from the critics and slowly became one of the top-grossing films of the year. Han was also awarded as Best Actress awards at the Blue Dragon Film Awards and the Buil Film Awards for her performance. Moreover, she had played many movies including, Miracle: Devil Claus' Love and Magic (2014), The Beauty Inside (2015), Golden Slumber (2018) and many more. She returned to the small screen with series W (2016), an MBC's fantasy suspense alongside actor Jong-Suk Lee. She has also achieved and won the Top Excellence award at the 5th APAN Star awards and also MBC Drama Awards for her well performance. Recently, she also starred in the thriller, Golden Slumber (2018) in 2018, with Dong-won Gang. Moreover, she was cast as the female lead in sci-fi action thriller Illang: The Wolf Brigade (2018).

Miracle: Debikurokun no koi to mahou