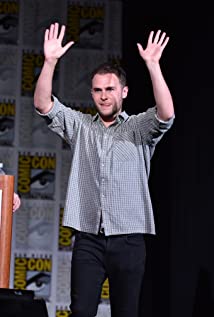 Iain De Caestecker has a twin sister and is one of four children; his parents are both medical doctors. He went to Hillhead Primary School and successfully completed an HND in Acting and Performance at Langside College.He played the lead in two high-profile BBC series - BAFTA-winning The Fades and Young James Herriot (both 2011). Young James Herriot earned him a nomination for a BAFTA Scotland for Best Actor/Actress - Television.He appeared in Filth and Not Another Happy Ending in 2013; the latter earned him his second BAFTA Scotland nomination, this time in the Best Actor/Actress - Film category.He also appeared in the music video for Gabrielle Aplin's song "Please Don't Say You Love Me".In 2013, De Caestecker landed the role of Leopold Fitz on the television series Agents of S.H.I.E.L.D. (2013). That same year, De Caestecker was cast in the lead role of Ryan Gosling's feature directorial debut Lost River (2014) that was released in the U.S in 2015.In 2018, De Caestecker co-starred in the J.J. Abrams-produced science fiction war film Overlord (2018).

Not Another Happy Ending

The Secret of Crickley Hall