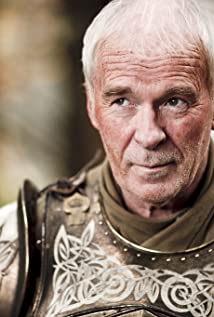 Ian McElhinney is a Northern Irish actor and director best known for his roles as General Dodonna in Rogue One: A Star Wars Story, Val-El in Krypton, and as Ser Barristan Selmy in the HBO series, Game of Thrones.Over a career spanning more than thirty years, McElhinney has accumulated a number of credits for film and television including roles in Hornblower, Cold Feet, Queer as Folk, and The Tudors.Announced in 2010, McElhinney was confirmed in the role of Ser Barristan Selmy in the long running series, Game of Thrones. As a knight who had served in the Kingsguard for almost forty years, the character was one of the more honorable men in the seven kingdoms. Having read the books, McElhinney mentions that he was pleased with how show runners had used the character, however was disappointed with how and when he met his demise. Appearing in the first, third, fourth and fifth seasons of the show, his character served as a key instigator, until meeting his gruesome death at the hand of the Sons of the Harpy. After 25 episodes, his sudden exit marked the farewell to a kind and noble presence in the series.In recent appearances, Ian McElhinney has portrayed General Dodonna in Rogue One: A Star Wars Story, a role that was initially donned by Alex McCrindle. McElhinney is set to appear as Val-El in the upcoming Superman prequel Krypton, airing 2018.

Bad Day for the Cut

A Patch of Fog