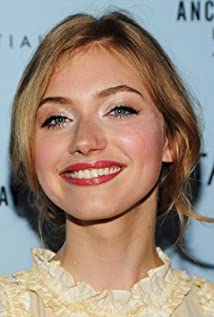 British actress Imogen Poots was born in Hammersmith, London, England, the daughter of English-born Fiona (Goodall), a journalist, and Trevor Poots, a Northern Ireland-born television producer. She was educated at Bute House Preparatory School for Girls, Queen's Gate School for Girls and Latymer Upper School, all in London. When she was a teenager she began attending the Youngblood Theatre Company, and developed a love of acting.Poots' initial screen debut was a (2004) role in British medical drama Casualty (1986). She made her big screen debut as Young Valerie in V for Vendetta (2005), then went on to appear in various projects, including 28 Weeks Later (2007), Me and Orson Welles (2008), Centurion (2010), Bouquet of Barbed Wire (2010), Fright Night (2011), A Late Quartet (2012), Greetings from Tim Buckley (2012), and The Look of Love (2013).

The Art of Self-Defense