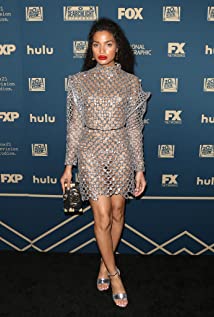 Indya Moore is an actress, writer, director, model, social activist and founder of Beetlefruit Media, Inc., a production company focused on storytelling in various mediums. Born and raised in the Bronx, they have appeared in Vogue and OUT, as well as assignments for GQ, Gucci and Christian Dior. Over the last year, Indya has performed alongside Katy Perry and Migos for Saturday Night Live and acted in the feature film Saturday Church distributed by Samuel Goldwyn Films. Their work has graced many international music videos and video installations. They are the lead actress and executive producer of the anthology TV series Magic Hour. Indya currently plays a leading role as "Angel" in Ryan Murphy's FX TV series POSE.

A Babysitter's Guide to Monster Hunting