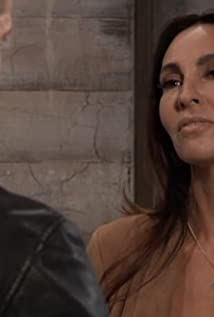 Inga Cadranel is an actress who was born in North America to immigrant parents. Her Icelandic mother and Spanish/Egyptian father were both artists, who instilled a love for all things creative in her. She grew up traveling and watching her parents create theatre and performance art. It wasn't long before she took to the stage herself, when she began performing plays and creating music. Inga is a talented, award-winning film and television actor with a chameleon-like quality to her work. Whether playing the bookish Liz Santerra in Jeff Ltd. or the hard-nosed Det. DeAngelis in Orphan Black, Cadranel is known for creating compelling, memorable characters whenever she takes on a part. She is also an accomplished musician, singer & songwriter.

The Rest of Us