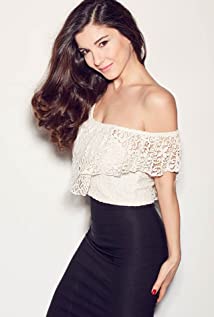 Irem Altug started out as a child actress at the age of 7 by starring in TV commercials and films. Her first silver screen debut was in Women's Ward (1990), a film directed by the late Halit Refig. She has studied acting both in conservatory in Istanbul and at the theatre department of San Francisco State University.Among her TV show performances are; a criminologist (Zeynep) in Seytan Ayrintida Gizlidir (2004), a belly dancer (Feride) in Under the Trees (2005), a young lawyer (Bahar) in Vazgeç Gönlüm (2007), a police officer (Asya) in Kayip Araniyor (2011), a house maid (Reyhan) in Ask Ekmek Hayaller and a mysterious woman (Ruya) in Masum (2017).Playing the part Ayse, in the phenomenal TV show (Çukur (2017). (2019)She was nominated as the best actress for her performance in the film The Pomegranate (2011).Aside from acting, she has been writing short stories, short and feature film scripts, and doing translation. Love Is Blind (2011) is an awarded short film she has written and produced. She is fluent in Turkish and English, and an intermediate Spanish speaker.

The Fish in the Water