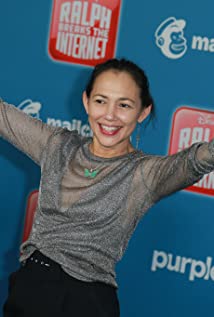 Irene Bedard (born July 22, 1967) is a Native American actress who has played many Native American characters in a variety of films. She is perhaps best known for her voice role as the title character in the 1995 animated film Pocahontas.In 2012, she started "Sleeping Lady Films" and "Waking Giants Productions" with Canadian businessman Thom Denomme. The production companies, based out of Anchorage and Santa Fe, New Mexico, are dedicated to bringing stories that are both positive and inspirational from Indian Country to the world.Bedard was born in Anchorage, Alaska, and is of Inupiat, Yupik, Inuit, Cree and Métis ancestry. Her first role was as Mary Crow Dog in the television production, Lakota Woman: Siege at Wounded Knee, which depicted the 1970s standoff between police and Native Americans, many of the Pine Ridge Reservation, at Wounded Knee, South Dakota. She is probably best known as the voice of the eponymous heroine in the Disney animated film Pocahontas and its direct-to-video sequel Pocahontas II: Journey to a New World. Bedard was also the physical model for the character. She appeared in a different take of the story in Terence Malick's 2005 film The New World, as Pocahontas's mother, Nonoma Winanuske Matatiske. Bedard attended The University of the Arts in Philadelphia, Pennsylvania where she studied Musical Theatre. In 2005, she was cast in the television mini-series Into the West, portraying the half-Lakota, half-white adult Margaret "Light Shines" Wheeler. In the 2017 music video for "Family Feud" (a song by Jay-Z), she plays a Co-President of the United States in the future. Irene Bedard is known for bringing a powerful emotional presence to her characters. She was chosen in 1995 as one of People magazine's '50 Most Beautiful People'.

Songs My Brothers Taught Me

The Tree of Life

The Spectacular Spider-Man: Attack of the Lizard