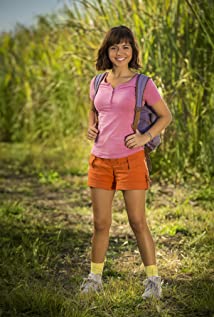 Isabela Yolanda Moner, now officially Isabela Merced, is an American actress, voice actress, singer, songwriter, dancer and ukulele player. She is known for Transformers: The Last Knight (2017), Sicario: Day of the Soldado (2018), Instant Family (2018) and the title role in Dora and the Lost City of Gold (2019). Merced also starred in the Nickelodeon television series 100 Things to Do Before High School. She made her Broadway debut at the age of ten in a production of Evita. Her film debut was The House That Jack Built (2013).She was born in Cleveland, Ohio, to Katherine, a Peruvian from Lima, and Patrick Moner, who was born in Louisiana, and has Polish and Slovak ancestry. She is the middle child of her family and has two brothers, Gyovanni, younger, and Jared, older.

Legends of the Hidden Temple

100 Things to Do Before High School