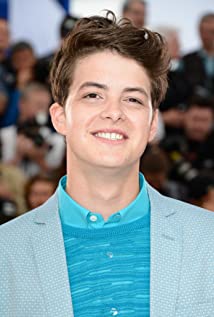 Israel Broussard is an American actor. He was born Isaiah Israel Broussard on August 22, 1994 in Gulfport, Mississippi to Angela (Clapp) and Lawrence Clayton Adams. His biological father passed away when he was four, and he was raised in Saucier, Mississippi by his mother and stepfather, Gil Broussard, who adopted him and his older sister, Aubrey.Broussard began acting after playing the role of Percy in Biloxi Little Theater's production of "The Miracle Worker" in 2006. He was "discovered" by Hollywood scouts at an event in January 2008, and signed with Abrams Artists Agency. Two years later, he moved to Los Angeles to pursue acting as a career. Broussard had supporting roles in Flipped (2010) and The Chaperone (2011), before being cast in the lead role in Sofia Coppola's crime film The Bling Ring (2013). He followed this with roles in Perfect High (2015), H8RZ (2015), Jack of the Red Hearts (2015), and Good Kids (2016).In 2017, Broussard starred with Jessica Rothe in the horror comedy Happy Death Day (2017).