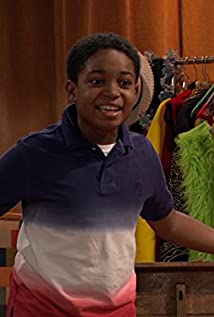 Originally from Detroit, Issac Ryan Brown got his big break at the age of six when he dazzled audiences on "America's Got Talent." Since then, Issac has been consistently working in film, television, commercials, and voiceovers. Issac is currently starring as Raven's son in the highly rated Disney series Raven's Home. He has recurred on shows such as Blackish and How To Get Away with Murder. On the feature side, Issac plays Halle Berry's son in the film KINGS opposite Daniel Craig. His voiceover credits include Bubble Guppies, Puppy Dog Pals, The Stinky & Dirty Show, and Miles from Tomorrowland. Issac enjoys reading books and volunteering at the Salvation Army in his spare time. He is represented by Abrams Artists Agency and Reload Management.

All I Want for Christmas Is You