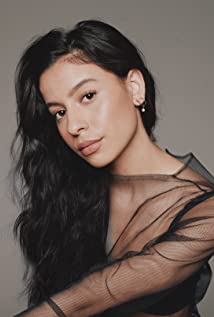 Heralded as "a rising Latina star and promising young actress in Hollywood" by The Los Angeles Times, Izabella Alvarez possesses a commanding maturity and resolve which have garnered her praise for her work in film and television.Alvarez will next be seen in HBO's Hit Show Euphoria Season 2 as she Guest Stars as Marta in Episodes 7 and 8. Also, you can catch her on the HBO MAX platform on The CW drama, The Republic of Sarah. In the series, she plays the role of 'Maya,' a high school student who initially struggles to adapt to life in rural New England, but quickly finds her voice and galvanizes her community to save their beloved town from destruction.For the past two seasons, she has voiced the lead character, 'Ronnie Anne Santiago,' in Nickelodeon's Daytime Emmy Award winning animated comedy series The Casagrandes, which revolves around Ronnie Anne and her big, loving, multi-generational Mexican-American family.Her television credits include the award-winning HBO series Westworld and on ABC's Splitting Up Together.In 2018, Alvarez made her feature debut in the independent drama feature, Collisions. In the film, she plays the role of 'Itan,' a young girl who embarks on a cross-country quest to determine her mother's whereabouts and attempts to halt her deportation.She was nominated twice in the category of Best Young Actor - Television in 2020 for her performances in The Casagrandes and Collisions and continued on to win for her portrayal of 'Itan.'You can follow her on Instagram @izabellaalvarez , Twitter @IzabellaAlvarez , Facebook: izabellaalvarezofficial , Snapchat: IzabellAlvarez

The Republic of Sarah