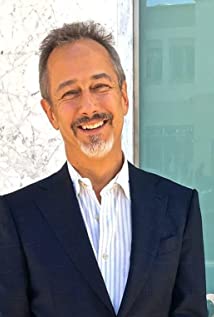 J. Todd Harris, Producer, is the CEO/founder of Branded Pictures Entertainment.Originally from New York City, Mr. Harris earned his BA and MBA from Stanford. Between undergraduate and business school, he served as Managing Director of the award-winning Palo Alto-based repertory company TheatreWorks. Mr. Harris has produced 40 films, including five Sundance Film Festival entries, two films that have appeared in the Toronto Film Festival, one that debuted at the Tribeca Film Festival and another that garnered a Special Mention for the Camera D'Or at the Cannes Film Festival. His most recent productions include Bottle Shock starring Alan Rickman and Chris Pine, The Kids Are Alright starring Julianne Moore, Annette Bening and Mark Ruffalo, and Piranha 3D from The Weinstein Company. More recently, he produced So B. It starring Alfre Woodard and Talitha Bateman. In theatre, he produced Heathers the Musical off Broadway in 2014 and Broadway productions Doctor Zhivago (2015) and Tony-nominated American Psycho (2016).Additionally, Mr. Harris is a founding member of the board of the newly created Napa Valley Film Festival. He has been a member of the Producers Branch of the Motion Picture Academy since 1999, the Broadway League since 2015 and the Producers Guild since 2016. Mr. Harris lives in Los Angeles with his songwriter wife Amy Powers and two young sons, Jasper and Cole

SHEPHERD: The Story of a Jewish Dog

The Kids Are All Right