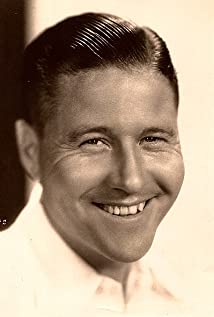 "America's Joyboy," beefy, plump-faced comedian Jack Oakie, was one of the funniest top and second banana jokesters of stage, radio and especially film's "Golden Age." He would accomplish so much despite the fact that he was "functionally deaf" throughout his career and performed primarily with the aid of lip reading or vibrations.The stories vary on how he became deaf -- scarlet fever at age 9, a Wall Street building explosion where he worked -- but, whatever the case, it seems a minor miracle that he managed to become a performing success not only for his famous "triple take" comedy but also for his work in Broadway and Hollywood musicals, which could not have been an easy task! A slapstick inspiration to future comedians like Jackie Gleason, Oakie's lightweight foolery and participation in films was pretty much standard cornball with a lot of mugging to boot, but then he surprised audiences by topping it all off in the hands of the legendary Charles Chaplin with a scene-stealing Oscar-nominated support role in a political satire masterpiece.Jack was born Lewis Delaney Offield in Sedalia, Missouri on November 12, 1903, the son of a grain dealer (who died while Jack was quite young) and a teacher of psychology (Mary Evelyn Oakie Offield). His family moved to moved to Muskogee, Oklahoma. He was raised at times with his grandmother in Kansas City, Missouri, and made extra money there as a paperboy for The Kansas City Star.Moving eventually to New York, Jack first worked as a runner for a brokerage firm on Wall Street, and nearly lost his life when a nearby Wall Street building was bombed on September 16, 1920. Interested in comedy and mime by this point, he began building up confidence on the amateur stage and giving himself a new name, Jack Oakie, which was comprised of the first character he ever played on stage and his mother's maiden name.Jack took his first professional curtain call on Broadway in 1923 as a chorus boy in George M. Cohan's production of "Little Nellie Kelly." From there he found employment in a number of comedies, as well as musicals throughout the mid to late 1920s, including "Sharlee" (1923), the revues "Innocent Eyes" (1924) and "Artists and Models" (1925), and the musical "Peggy-Ann" in 1926. He also appeared in a couple of unbilled film parts in 1923 and 1924.Films came calling toward the end of the silent era in 1927, and he relocated to Los Angeles where he made several non-talkies on his arrival, including Finders Keepers (1928) starring Laura La Plante and John Harron (Bobby's little brother) and directed by Wesley Ruggles; Clara Bow's The Fleet's in (1928); and the western Sin Town (1929). With the advent of sound, Oakie was signed, with the help of director Ruggles, to a contract by Paramount and appeared in his first talkie, the Ruth Chatterton/Fredric March starrer The Dummy (1929). Jack went on to support Wallace Beery in Chinatown Nights (1929); Dorothy Mackaill in Hard to Get (1929); Betty Compson and John Harron in Street Girl (1929); and Nancy Carroll in the musical Sweetie (1929). Settling in, he never returned to the Broadway stage.Jack finally shared top billing with Evelyn Brent in the comedy film Fast Company (1929) as Elmer Kane, a character based on the George M. Cohan Broadway show "Elmer the Great." This led to top billing in the film version of the Broadway hit musical Hit the Deck (1929), as well as the early talking comedy vehicles The Social Lion (1930), The Sap from Syracuse (1930), Let's Go Native (1930), Sea Legs (1930), The Gang Buster (1931), June Moon (1931), Dude Ranch (1931), Once in a Lifetime (1932), Madison Square Garden (1932), Uptown New York (1932), Sitting Pretty (1933) and Shoot the Works (1934). Occasional dramas came his way with Dancers in the Dark (1932) co-starring Miriam Hopkins and Sky Bride (1932) co-starring Richard Arlen.Throughout the 1930s, the 30-year-old plus actor appeared in a host of light college-themed comedies and was lovingly dubbed "The World's Oldest Freshman" while adding to the humor of such films as College Humor (1933), College Rhythm (1934) and Collegiate (1936). Elsewhere, in Too Much Harmony (1933), his mother Evelyn was featured as his mother, and he played Tweedledum to Roscoe Karns' Tweedledee in the all-star version of Alice in Wonderland (1933).Oakie's contract ended with Paramount in 1934 and he continued as a freelancing agent until an RKO contract came his way a couple of years later. Starting to now gain a bit in girth, Oakie went back into support roles in musicals, adventures and comedies. Among the better known films were Call of the Wild (1935) with Clark Gable and Loretta Young; Colleen (1936) with Dick Powell and Ruby Keeler; The Toast of New York (1937) with Edward Arnold and Frances Farmer; Tin Pan Alley (1940) with Alice Faye and Betty Grable and Iceland (1942) with Sonja Henie and John Payne.In the late 1930s, Jack traveled to Europe for some work and suffered a huge career setback when he ret

Imaginary Witness: Hollywood and the Holocaust

Around the World in Eighty Days

The Magical World of Disney

Studio One in Hollywood