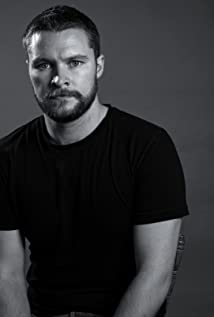 Jack Reynor is an award-winning Irish actor who co-starred opposite Florence Pugh in A24's breakout summer 2019 hit, MIDSOMMAR, directed by Ari Aster. Most recently, he was seen in Anthony and Joe Russo's American crime drama film, CHERRY, opposite Tom Holland.The multi-hyphenate talent wrote and directed a short film, BAINNE, starring Will Poulter, which won the Best First Short Drama Award at the Galway Film Festival. Reynor starred opposite Felicity Jones in Mimi Leder's, ON THE BASIS OF SEX, which chronicles the life of Ruth Bader Ginsburg and her struggles for equal rights prior to her succession to the U.S. Supreme Court, and in CBS All Access series, STRANGE ANGEL, co-produced by Sailor Bear and Ridley Scott under his Scott Free banner.Reynor has steadily been building his credits with critically-acclaimed performances in auteur director projects such as Lenny Abrahamson's WHAT RICHARD DID; John Carney's SING STREET, Ben Wheatley's FREE FIRE and Kathryn Bigelow's DETROIT. Additionally, he gained global recognition as the star of Michael Bay's TRANSFORMERS: AGE OF EXTINCTION which grossed over $1B worldwide.In 2015 Reynor won the Sundance Film Festival's Dramatic Special Jury Award for Acting for his performance in Gerard Barrett's film GLASSLAND. Other awards include two IFTA Awards for Best Actor in a Supporting Role for his performance in SING STREET and the IFTA Award for Best Actor for his role in WHAT RICHARD DID.He currently resides in Ireland.

Mowgli: Legend of the Jungle