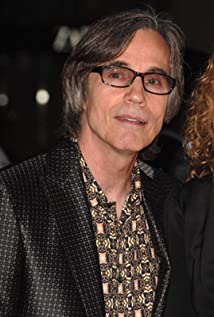 Jackson Browne was born in Germany. His father, Clyde Jack Browne, worked for the US Army. His mother's name is Beatrice Amanda Dahl. Jackson's musical career began in the late 1960s. He played with the Nitty Gritty Dirt Band before they released their first album, played with Tim Buckley, who introduced him to Nico. On Nico's first album "Chelsea Girls" are three songs (co-)written by JB. His first own record was released in 1972. From the very beginning, he played with some of the best and famous musicians, among those are David Crosby, Joni Mitchell, Eagles, David Lindley, Warren Zevon, Bonnie Raitt. Jackson was part of "Artists United against Apartheid" and "Musicians United for Save Energy (MUSE)" (No Nukes).

Linda and the Mockingbirds

Linda Ronstadt: The Sound of My Voice

The Story of Plastic

Echo In the Canyon

Miles to Go Before I Sleep

History of the Eagles