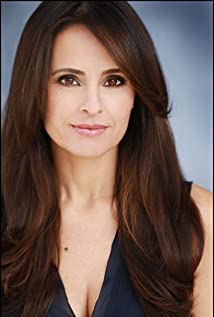 Actress Jacqueline Obradors is currently enjoying the success of her latest feature, 'Palm Springs,' in which she appears with Andy Samberg and Oscar-winner JK Simmons. Just like the record-breaking summer temperatures of the titular city, the film broke records after a bidding war ensued dating back to Sundance where Hulu won out. No stranger to coveted roles on a streaming service, Obradors has also starred opposite Titus Welliver in the last three seasons of Amazon's acclaimed 'Bosch' drama series.Bad-ass detective roles seem to be one of her fortes, as Obradors previously starred for Steven Bochco on four seasons of his acclaimed, 'NYPD Blue' which garnered her a prestigious ALMA Award nomination, and paved the way for her role opposite Freddie Prinze, Jr. in his 'Freddie' comedy series. She's also enjoyed memorable recurring arcs beginning with 'Jesse' opposite Christina Applegate, 'Battery Park' with Frank Grillo, 'NCIS,' 'Franklin & Bash 'alongside Kumal Nanjiani, and finally 'Lopez' opposite the show's namesake, George Lopez.Obradors has also made her mark on the big screen since her debut in the action film, 'Red Sun Rising'. She since transitioned into Ivan Reitman's romantic comedy 'Six Days Seven Nights' opposite Harrison Ford which garnered her a Blockbuster Entertainment Award nomination. She more recently reunited with Ford in 'Crossing Over' which co-starred Ray Liotta. Other notable film roles include 'Deuce Bigelow' with Adam Sandler and Amy Poehler, 'A Man Apart' in which she starred opposite Vin Diesel, 'Unstoppable' with Wesley Snipes, and the drama 'Windows on the World' with Oscar nominee Edward James Olmos. She earned her second ALMA Award nomination for her turn as Hector Elizondo's daughter in the acclaimed, 'Tortilla Soup.'When not paving her own way, Obradors helps guide her sons' careers as they too quickly accumulate a worthy list of credits. The family currently resides in Los Angeles where she was also born and raised.

The Fluffy Movie: Unity Through Laughter