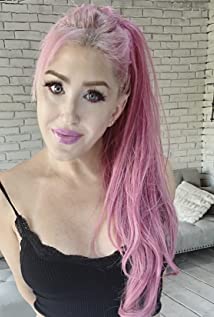 A native to Massachusetts, Jacqueline Seymour is an award winning, and globally recognized published singer-songwriter, actress, model and recently published children's book author. One of Jacqueline's upcoming film roles as an actress will be taking on the role of Tammy Connors, a rehab recovery councilor in the true story feature film Rescued Innocence. A powerful real-life events Sag- feature film, that edges on the subject of Human Sex Trafficking. Ms Seymour plays an important role in the therapy of the rescued victims in this film. Alongside an A-list ensemble cast and prominent director Ian Stevens, this film will be an emotional rollercoaster on so many levels. Jacqueline will also be taking on one of the supporting lead roles as Adrienne Cortez; a sultry ex-military doctor who has become a devious villain under the employment of the Rogue, in the action-thriller feature film "Project Valentina," directed by John Richardson. A 4 Daggers Production. This film is part of an action packed Trilogy, with an amazing top cast and team. Recently added to the A list cast of A Glitch In The Matrix(The Bridge) tv mini series, Jacqueline discusses her views of the pandemic alongside many numerous known actors/actresses, under Production by Larry Stone. Ms Seymour will also be making her debut appearance as the lead role in a Concept tv series based on the Lost Boys titled "Santa Carla," produced and written and produced by Wes Lee, directed by George Dibble. Her pop culture character will be a mix breed human/vampire caught in a world between good and evil. Jacqueline's original music will be featured in it as part of her role giving her character a strong persona that is very much close to home and who her brand is. Jacqueline has just signed on for a third role as an FBI agent who goes undercover as a lead singer of a rock band in the action comedy feature film Operation Lightening Bolt. This film scheduled to start filming later this year 2021. A fourth and fifth role in two major feature films are currently under NDA as well for this aspiring versatile bombshell. One of them to be filmed in her home state. She continues to thrive in her career in all aspects of the industry, from acting, writing, ghost writing to singing and recording original pop-dance songs and working and releasing songs with some of the biggest record labels in the world from EMI Music, Evo Records, Full Room Records, ZYX Music, Xbox Music, to ghost writing for other artists and films hiring her talent to write music. While being no stranger to the film industry, Seymour has had her share of directing music videos, as well as acting in front of the camera in some of her very own music videos. All the while, her music videos and songs reaching global attention and awards along with national and international commercial radio airplay and appearances on commercial radio and shows. With her new pop-EDM song "Counting Stars" coming out soon, she opens up in her lyrics about how to overcome negativity and continue to succeed. The lyrics speak to her listeners and the catchy song is guaranteed to have them playing it on repeat. The song is a collaboration. Her talent in writing and credibility has earned her a Book Publishing deal with Waldorf Publishing for her upcoming "Illustrate Me Scribble Series." Her book series is cleverly written in a comedic and quirky style of writing that is both interactive and educational for children ages five through ten. The first 2 book editions of the series, book 1 "The Mystery of the Stinky Striped Sock," and book 2 "The Mystery of the Horrible Terrible," can both be purchased online, in Walmart, Barnes and Noble, Amazon, and Waldorf Publishing. Also in Kindle and Audiobooks. Her series focuses on helping children learn to enjoy reading, geared towards children with reading delays and speech impediments; all the while, creatively enticing to parents reading to their children. Her love for acting, writing and singing goes hand in hand when it comes to engaging her audience. Gracing magazine covers and appearing in talk shows, Jacqueline leaves no stone unturned. She balances her career well while being a mom, raising two children. Seymour is continuing to further pursue her acting career goals. Motivated with her girl next door, down to earth, fun personality and unique talents she is a sure success in every aspect of the endeavors of her career. She continues to strive to keep her listeners, readers and audience craving more of what she brings to the table whether killing it on the big screen, engulfing her readers with her book series, or creating original music for film/major music platforms.