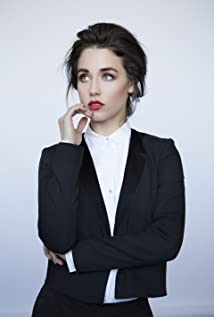 Jade Tailor is most known for playing the role of "Kady" in five seasons of the SyFy series "The Magicians." The show is based on Lev Grossman's best-selling book trilogy, centering around Brakebills University, a secret institution specializing in magic. Tailor appeared in the TNT series "Murder in the First," and the NBC series "Aquarius," opposite David Duchovny. Tailor has also guest starring roles on "True Blood" and "Vegas".On the big screen, Tailor stars opposite Ron Perlman in the Lorenzo Di Boneventura for Hulu film "Higher Power", a sci-fi thriller about a regular guy who acquires the power of a God. Her film credits also include the thriller "Cam2Cam" and "Juke Box Hero".Tailor is a native of Los Angeles. After graduating high school, she spent time in New York studying film and theater. A professional singer and dancer, Taior has appeared in several musicals and off-Broadway productions.Tailor is a proud supporter of the LGBTQ community, member of Women In Film and resides on the board of the Women's History Museum. She is dedicated to philanthropy.