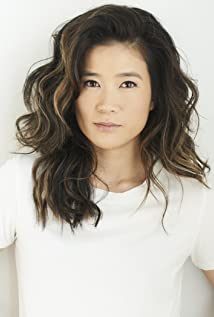 A Canadian actress who has a black belt in karate and is also a classical pianist, Jadyn J. Wong made her professional acting debut in the Emmy Award-winning and Golden Globe-nominated miniseries Broken Trail (2006) on June 24, 2006, with Academy Award-winner Robert Duvall. She was handpicked for the role by Duvall after hundreds of actresses were auditioned across North America. It was her first audition.Wong's recent film credits include "Deserted Cities," starring Gael García Bernal; Debug (2014), directed by David Hewlett; and "Client Seduction," alongside Ally Sheedy.Also, she guest-starred in the television series Lost Girl (2010), and in two episodes of the CTV comedy Spun Out (2014) opposite Dave Foley.In 2011, Wong starred in the Canadian television series pilots Stay with Me (2011) and Cracked (2013). She had a recurring role in the hit Canadian television series Being Erica (2009) and guest-starred in Rookie Blue (2010). As of 2014, Wong was starring as Happy Quinn in the television series Scorpion (2014), which aired on CBS.Wong was born and raised in Medicine Hat, Alberta, Canada, to Asian immigrants from Hong Kong. She graduated from Medicine Hat High School and attended the University of Calgary, studying commerce but decided to turn full-time to acting. Presently, she splits time between Toronto and Los Angeles.

Needle in a Timestack

You're Killing Me Susana